Since 1986, North York Harvest has operated out of a small office and large warehouse in Northern Toronto where they continue to support 40 member agencies across the city as well as run food programs and advocate for long-term food solutions.

Henry Chiu, director of development and marketing at the food bank, says at the start of the COVID-19 pandemic, more than 70 per cent of the organization’s network was forced to close because they were either located in a public space or operated by volunteers.

“We had to change our operation overnight. We suspended all volunteer activities which a lot of manpower,” he said.

While the food bank hired additional staff and provided personal protective equipment, it put a dent in the organization’s pockets.

According to Chiu, there was already an increase in demand for food assistance before the pandemic.

While food banks and meal programs have continued to provide aid to people around the country in an ongoing pandemic, advocates and organizations say they are not meant to be long-term solutions. There are larger root causes to address, like poverty and affordable housing.

In April 2020, the Government of Canada announced a $100-million contribution through the Emergency Food Security Fund to aid food banks and organizations that tackled food insecurity during the pandemic. An additional $100 million in funding was announced in the fall.

According to a 2020 report by Community Food Centres Canada, food insecurity affected nearly 4.5 million Canadians and in the first two months of the pandemic, that number grew by 39 per cent—affecting one in seven people.

The report states that systemic racism has led to disproportionately high rates in racialized communities noting: 17.1 per cent of newcomers, 28.2 per cent of Indigenous communities and 28.9 percent of Black Canadians were experiencing food insecurity.

Additionally, low wages and precarious employment are among many factors that have affected Canada’s most vulnerable populations, the report states, including women, youth, seniors and people without post-secondary education.

‘Our waitlist was growing’

Cory Rianson, executive director of the Campus Food Bank Society at the University of Alberta, says since the pandemic, the university food bank had been offering services in-person through distanced pick-ups or delivery.

According to a 2016 report by Meal Exchange, food, tuition fees, and housing costs were the most commonly self-reported contributors to food insecurity among post-secondary students. The report also found that two in five students surveyed had experienced some degree of food insecurity.

Read more:
Why we shouldn’t glorify the ‘starving student’ stereotype

Rianson highlighted finances as one of the biggest hardships. “I really do feel students have been somewhat forgotten within the COVID narrative. The initial support announced for students were, in my opinion, woefully inadequate,” he said.

“The majority of students are somewhere in their 20s. It’s not like they eat less or they have less than an adult or somebody who is not a student,” said Rianson. 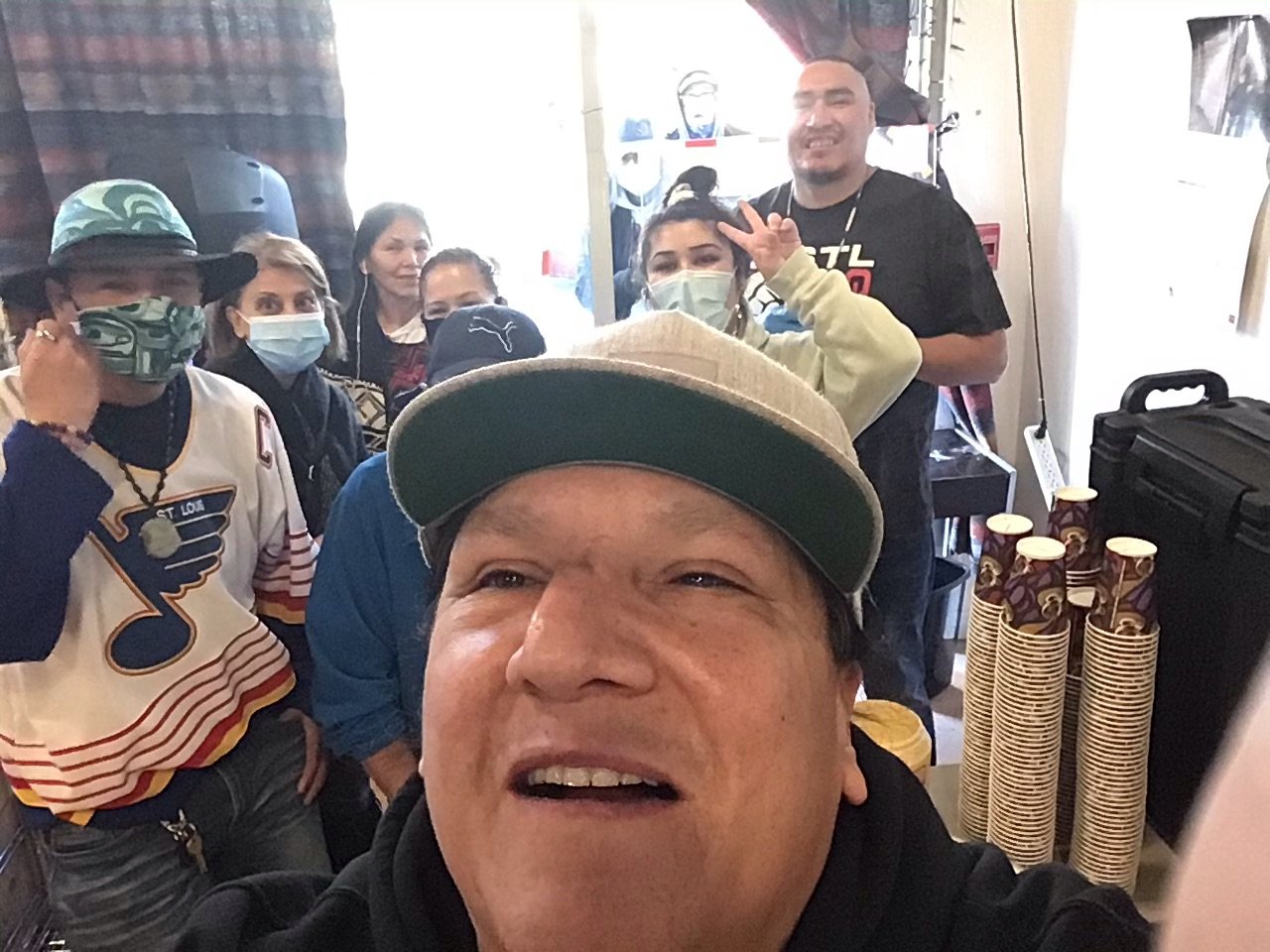 Robert Epp of Aboriginal Front Door Society (AFDS), says the organization went from serving coffee and a couple pieces of bread to now serving close to 8,000 people a month through their food bank in Vancouver.

He says AFDS decided to stay open but the pandemic has made a big difference in their ability to serve some communities.

“We can’t have anybody in our buildings … Now we have to serve them on the street,” he said, adding that the organization has continued to find ways to work around COVID-19.

According to him, the organization has encountered a number of hurdles. While they are continuing to provide meals to people’s homes, Rizvi says increased finances required to modify programs, in addition to adjusting to COVID-19 safety protocols, has been difficult.

However, he says that the organization has continued to work to provide as the communities they serve are hungry and pandemic or not, they are looking for services to help them while they are in need.

Due to high demand, Rizvi says the organization is also in need of more support like volunteers to drive and deliver as well as donors to help fund their programs.

“(Our) donors are also in a very difficult time from their jobs to their finances so they are not able to help,” he said. “This pandemic has really impacted us and right now we are not getting the amount of donation we used to.”

Julia Hunter is the executive director of Food Stash Foundation, a charity that aims to reduce the environmental impact of food waste while bridging the food insecurity gap within communities in Vancouver and the rest of British Columbia. The charity rescues and redistributes perishable food and delivers it to other nonprofits and charities that run food security programs.

Hunter says that because the charity operates on a delivery basis, they were able to sustain their operations but one challenge they encountered was the significantly increased amount of food waste from businesses like restaurants when they shut down.

“We realized that we’re really in this for the long haul of the pandemic,” she said, adding that they were able to launch a pilot program to bring more food boxes to households.

“Our waitlist was growing and people were reaching out to us and wanting to get on the program,” said Hunter.

“The sentiment that we’re hearing now is just financial hardship, whether that’s job loss, health challenges, school closures and parents having to work from home and take care of their kids.” 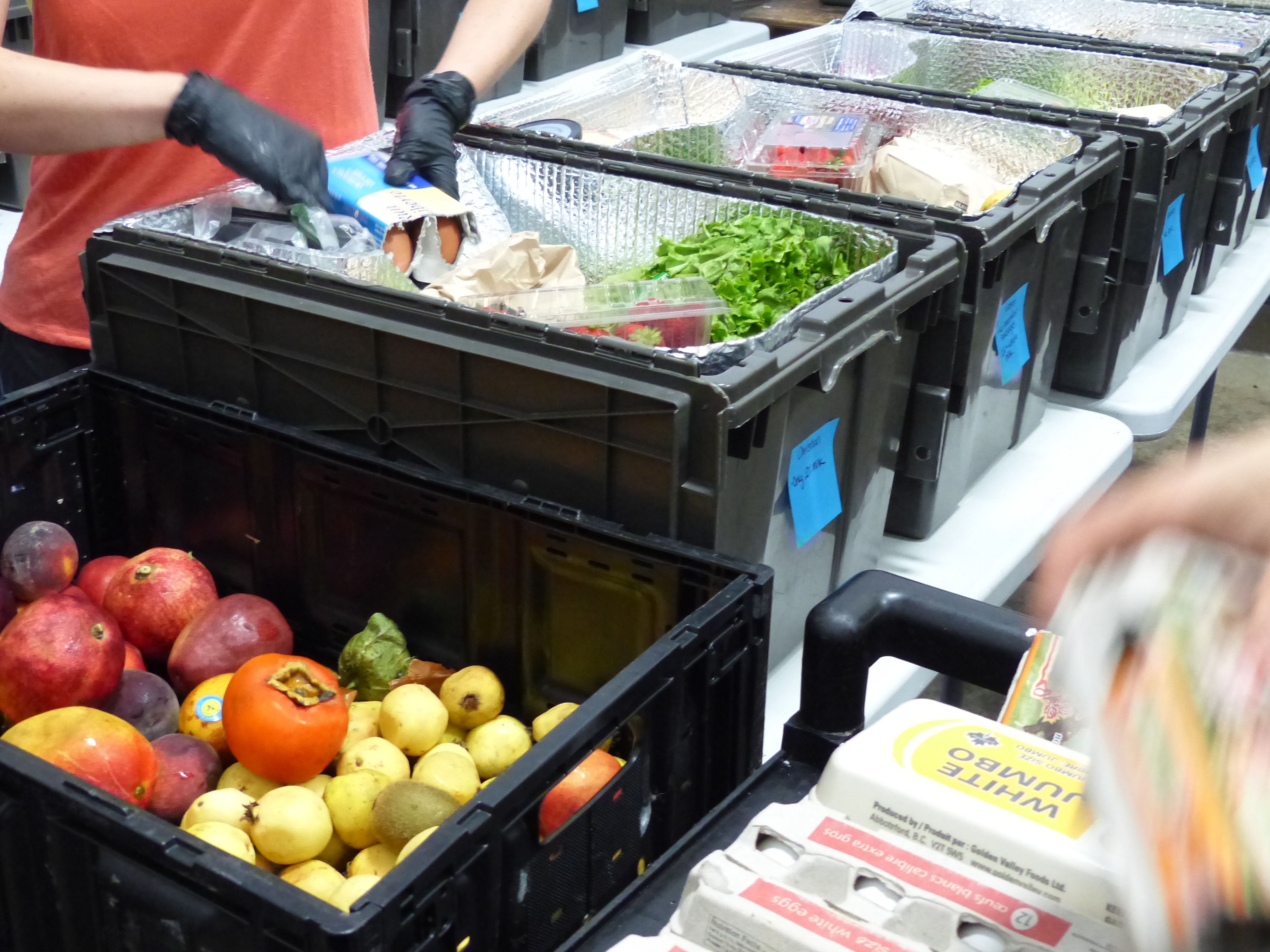 Epp says that people need housing and in addition, there needs to be more places to give people access to food. “Now with the COVID crisis they shutdown washrooms down here and people are eating on the streets.”

He also adds that if people experiencing homelessness on the streets could be fed and treated humanely, it would ease the tension and stress they are under.

According to Chiu, North York Harvest’s clients come every other week by appointment and receive food that is supposed to last three days, or at the most five. It is meant to provide an emergency, short-term basis aid, he said.

“(The) food bank is never meant to be a long-term solution,” said Chiu, “We always joke about how we want to work ourselves out of a job. Because the last thing you want is people coming to get short-term emergency food.”

Chiu adds that in order to better support communities in need and find long-term solutions, addressing the root causes of food insecurity like poverty and affordable housing are essential. “You need systemic change. You need policy change,” he said.

“The bread and butter is to continue to provide emergency food but at the same time, our advocacy efforts getting our politicians to understand the importance of affordable housing or to maintain a provincial budget for public health,” said Chiu.

Read more:
‘If you can help you should’: Arborist raising donations for Saskatoon Food Bank

Additionally, Hunter says that poverty is the root cause of food insecurity and food waste is due to the food system not being accessible or beneficial to everyone’s needs.

“This is not a new issue … It’s layers upon layers of doing it the wrong way for decades,” she said. “We really need to look at what we’re investing in to make sure that we’re taking a proactive approach and actually empowering people.”