An event known for bringing thousands of North American antique enthusiast to the Hamilton-area during the spring and summer is ceasing operations after three decades.

The Christie Antique & Vintage Show, which ran twice a year in Dundas near Spencer Creek, has been shut down by the Hamilton Conservation Authority (HCA) after an operational review deemed the gig as no longer viable.

“Our analysis shows costs are increasing, while attendance is very much dependent on weather for this outdoor show,” the HCA said in a Facebook post on Thursday.

The HCA went on to suggest that “an unprecedented surge” in residents and visitors enjoying conservation areas, which saw entry memberships double to 12,000 between 2019 and 2021, made closing off nearby parks to accommodate the antique shows “too hard to justify.” 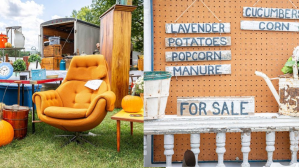 “HCA will still welcome smaller third-party events, ensuring we are always providing the access to the natural areas and recreation our visitors are expecting, at this new and unprecedented level,” the agency said in its post.

Amid the COVID-19 pandemic, the show had been shut down for two years with the last edition in September 2019.

The first show, in 1988, was run by the Christie Lake Conservation Area before it was acquired by the HCA in 2010.

During the HCA run, roughly 10,000 shoppers would check out items at the 10-acre site two times a year, the weekends after Victoria Day and Labour Day.