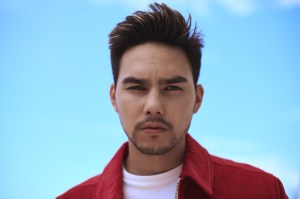 Tickets are on sale now for Tyler Shaw’s ‘The Wanted Tour,’ buy tickets and VIP packages HERE. Kicking off in Calgary, AB on October 15th, Tyler Shaw embarks on a coast to coast tour including stops in Edmonton, Ottawa, Montreal, Halifax and more. The tour features Neon Dreams and special guests on select dates. Full tour schedule listed below.

Tour announcement follows freshly behind the release of the official video for “To The Man Who Let Her Go,” which combined with the official audio track has over 5M YouTube views to date. “To The Man Who Let Her Go” is the third single off of Tyler’s JUNO Award Nominated album INTUITION, which also features the Platinum Music Canada certified single “With You.” “With You” was a staple on Canadian radio this past year, breaking the top 10 at 4 radio formats. The French version hit #1 on BDS Charts in Quebec, and peaked Top 10 at Canada Top 40, Hot AC and AC. The music video has amassed over 18 million views on YouTube. Watch it HERE.

Shaw has been steadily playing shows across the nation, with performances at Festival d’été de Québec, which draws in over one million attendees in Québec City’s historical district every year, the renowned Celebration of Light in Vancouver, and most recently, on the Bandshell stage of Toronto’s iconic CNE. Follow Tyler Shaw on Instagram, Twitter and Facebook to stay up to date on all upcoming announcements and additional dates that will be added to ‘The Wanted Tour.’